The Wire
When Amazon (AMZN) released Fire TV earlier this month, it was easy to be underwhelmed. Physically, it didn’t look much different than Apple TV (AAPL) or Roku, and it lacked one of their best features: the ability to watch HBO (TWX). While the device still looks a lot like its competitors, Amazon has just leapfrogged the field on the HBO front. The company said on Wednesday that it will offer not only the HBO Go app on Fire TV, but also give Amazon Prime subscribers the ability to watch some HBO shows free.
Don’t get too excited, True Detective fans. Shows will be added to Prime’s free streaming service about three years after they air. For now, viewers can re-live the joys of The Sopranos, The Wire, and Six Feet Under, with more shows to come over the course of the partnership. The first batch will be made available on May 21st. In addition, HBO will have an app ready for Fire TV by the end of the year.
The race among Internet television services is measured largely by what you can watch on them. Before dropping its HBO bombshell, Amazon’s primary distinction was its increased focus on video games. But it has also been producing its own shows and grabbing further exclusives for Prime subscribers. Amazon is competing in two areas here: It wants people to buy Fire TVs, rather than Rokus, and for viewers to value Prime more than Netflix (NFLX). The HBO deal puts Amazon ahead of Internet TV companies that make devices, and it constitutes the company’s first big coup as it tries to distinguish itself from Netflix, which doesn’t offer any of HBO’s current content. Still, Amazon is still far behind Netflix onstreaming selection, as this clever analysis by Lifehacker shows.
VIDEO: Amazon's Deal With HBO Leapfrogs Streaming Rivals
For Internet TV companies, HBO has become something of a holy grail. Aside from big-time sports, the service is often cited (including by me) as the lure that keeps people from abandoning cable in significant numbers. HBO’s deal with Amazon, its first with a streaming subscription service, is carefully designed not to undercut its lucrative cable business. While terms weren’t disclosed, HBO has undoubtedly just opened up a nice way to make money from old shows. The deal is exclusive and lasts for multiple years, according to Amazon. While HBO is moving slowly enough to exasperate some fans, it seems to be positioning itself to prosper in the age of Internet television. All it has to do is figure out how to run a streaming service that breaks down less than twice a month.
STORY: Amazon's Fire TV Piles Into the Living Room
Brustein is a writer for Businessweek.com in New York.
Posted by CAMACOL at 4/28/2014 11:13:00 AM 1 comment:

Seven doctors each earned more than $10 million in Medicare-related payments in 2012, according to claims data released by the U.S. government Wednesday. Nearly 4,000 earned $1 million or more.
Doctors’ groups have long opposed making public this kind of data about their Medicare pay on grounds that it might be unfair to doctors and taken out of context by the public. The Obama administration decided to release it in an effort to identify potential fraud and waste in the program. The spreadsheet released by the government contains more than 880,000 rows of data, one for each doctor, lab, or other medical provider receiving payments from Medicare.
In all, the data cover about 825,000 doctors. Of that pool, roughly one in five took in more than $100,000 in Medicare payments. The totals don’t count doctors’ income from other sources, including private insurance.
STORY: What Doctors Make From Medicare
Ranked by specialty, internists collected the most in aggregate—Medicare paid more than $8.7 billion to these primary care doctors. They were followed by ophthalmologists, cardiologists, ambulance providers, and clinical labs.
As my colleague Peter Waldman explained on Tuesday, courts first sealed Medicare payments in 1979, and the American Medical Association has subsequently succeeded in shielding the data. “A lot of people on Medicare will drop their coffee cups when they see how much their doctors are making,” Jean Mitchell, a Georgetown University economist, told Waldman. While some practitioners have legitimate reasons for high billings, there’s undoubtedly some abuse in the sprawling program. The FBI estimates that from 3 percent to 10 percent of health-care dollars are fraudulently spent.
The top recipient of Medicare payments in 2012 was a West Palm Beach ophthalmologist identified by the government as Salomon Melgen. He collected $20.8 million, according to the data. Melgen could not be reached for comment late on  Tuesday.
STORY: Losing Patience, and Patients, With Medicaid
Melgen, a big donor to Senator Robert Menendez (D-N.J.), last year was raidedtwice by the FBI. A statement from his lawyer published by WPTV in October noted that Melgen was cooperating with investigators and referred to a legal effort “to stop the government from trying to suspend his Medicare payments.”
STORY: An Insurer Bets on Primary Care Doctors to Lower Costs

Comcast Faces Off Against Congress Over TWC Merger (PC Magazine)

Will the pending merger of Time Warner Cable and Comcast provide consumers with better Internet and video options or stifle competition and give Comcast an edge when negotiating with the channels that appear on its lineup?
Those were just some of the questions fielded by TWC and Comcast executives who appeared on Capitol Hill today for a hearing on the $45.2 billion deal.
Comcast executive vice president David L. Cohen responded to queries from members of the Senate Judiciary Committee, many of whom - on both sides of the aisle - questioned why the deal was necessary and whether or not it would lead to price hikes and adversely impact smaller, independent programmers.
Cohen reiterated the points he made during a Tuesday conference call with reporters, including the assertion that a combined TWC/Comcast will provide faster Internet speeds, better network reliability and security, better in-home Wi-Fi, and greater on-demand options, among other things.
When asked by Sen. Amy Klobuchar if these benefits would happen without the merger, Cohen said they will "happen faster" if the deal goes through. "The reason those benefits have not occurred on Time Warner Cable is the difference in scale, and it's the scale that leads to the investment and rapid deployment of those benefits."
Comcast has argued that in the digital era, it is now competing with the likes of Google, Amazon, Hulu, Netflix, and other Web-based video content providers. The Internet services provided by Comcast and TWC have helped these companies thrive and in some cases surpass Comcast, Cohen said, so the TWC deal helps the firm compete.
But when James L. Bosworth, Jr., chairman and CEO of Connecticut-based golf channel Back9Network, was asked if securing content deals with Apple or Amazon was the same as securing a deal with Comcast, Bosworth said "it's an increasing marketplace but yet still, the average American watches 20 times more video via TV than they do online." Advertising dollars are king, and that money flows more readily via cable TV, Bosworth said.
Among the more skeptical members was Sen. Al Franken, a Minnesota Democrat, who said flatly that he opposed the deal. Ultimately, his concern is that the merger will lead to increased prices for consumers, and let Comcast exercise its newfound leverage to "squeeze consumers."
When news of the merger made the rounds, reaction from consumers was largely that one cable company with an awful reputation was simply merging with another, creating one big customer service nightmare. Cohen addressed this during today's hearing, arguing that "it's not something we're ignoring."
Comcast has "spent billions" working to improve the customer service experience, as well as network reliability. Yesterday, he told reporters that "we try to take those low scores and those evaluations as the kick in the rear end that we need to do more and improve the overall quality."
"We think we are making progress," he continued, but "are we where we want to be? Absolutely not."
Comcast has submitted the necessary paperwork to the FCC and the Justice Department, who need to sign off on the deal before it becomes official. Congress will no doubt have more to say, too, so stay tuned.
Posted by CAMACOL at 4/10/2014 09:44:00 AM No comments: 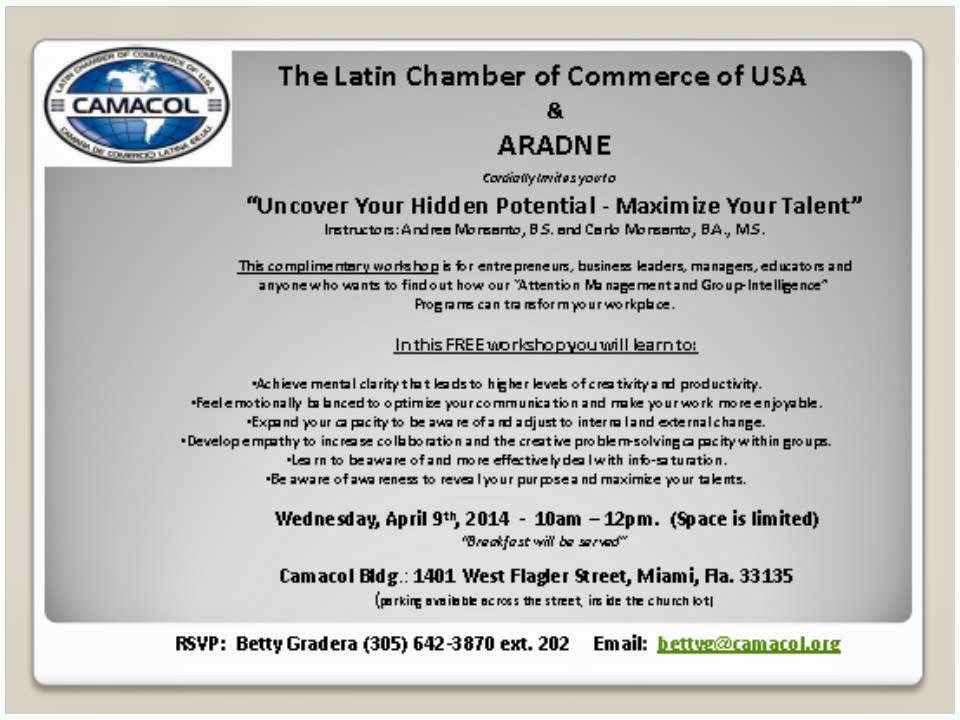